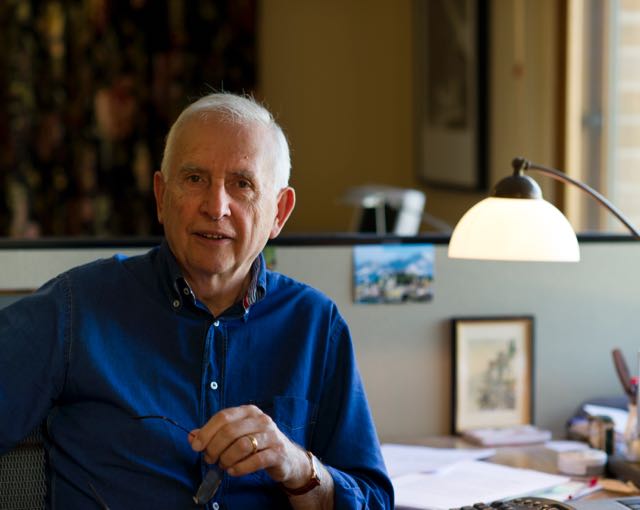 What does it mean to truly belong?

RENOWNED author and leading chronicler of Australia life Hugh Mackay will deliver the annual Kerferd Oration in Beechworth this year.

Hugh Mackay AO is a social researcher and the author of 16 books, including the 2013 bestseller, The Good Life, sub-titled What makes a life worth living? His latest book, The Art of Belonging, uses a mixture of social analysis and storytelling to explore the reasons why some communities thrive and others break down, and to explain how community engagement enriches us all.

Kerferd Oration Committee chair Ian McKinlay said today that the Oration theme was a natural follow up to the theme of last year’s oration, by Dr Simon Longstaff AO, which focused on ethics and the unseen or ‘invisible’ members of the community.

Hugh Mackay’s Oration is entitled The Art of Belonging, and is ‘close to my heart’.

“It’s about living in community in changing times … the challenge of maintaining a decent and inclusive community life,” he said. “It’s about how we live, not where we live.”

“How do we live with the social changes that threaten to fragment communities? In what ways can we minimise the impact of those changes? What techniques can we develop together for increasing our sense of belonging?

“The benefits, especially the mental health benefits, for individuals, as well as communities, in mastering the art of belonging are many and powerful: ‘You don’t really know who you are until you know where you belong’.”

“He is well known for his insights into people and communities and what makes them work, and what might fracture them,” Mr McKinlay said.

“His oration will have broad appeal to anyone, particularly people in regional and rural areas, where we seem to feel the impacts of change more keenly than city-based communities.”

From 1979-2003 Hugh Mackay conducted a continuous program of social research, The Mackay Report, and he also wrote a weekly newspaper column for over 25 years. He is currently a patron of the Asylum Seekers Centre and holds two honorary professorships. Among other honorary appointments, he has been deputy chairman of the Australia Council, chairman of trustees of Sydney Grammar School, and the inaugural chairman of the ACT government’s Community Inclusion Board.

In recognition of his pioneering work in social research, Hugh has been elected a Fellow of the Australian Psychological Society and awarded honorary doctorates by Charles Sturt, Macquarie, NSW and Western Sydney universities. He was appointed an Officer in the Order of Australia in 2015.

The Kerferd Oration, now in its 14th year, will be held at the George Kerferd Hotel, Mayday Hills, Beechworth, at 11am on Sunday 24 July. It is a free community event and doors open at 10.15am. The Oration is sponsored by Indigo Shire Council, Quercus Beechworth, WAW and La Trobe University.