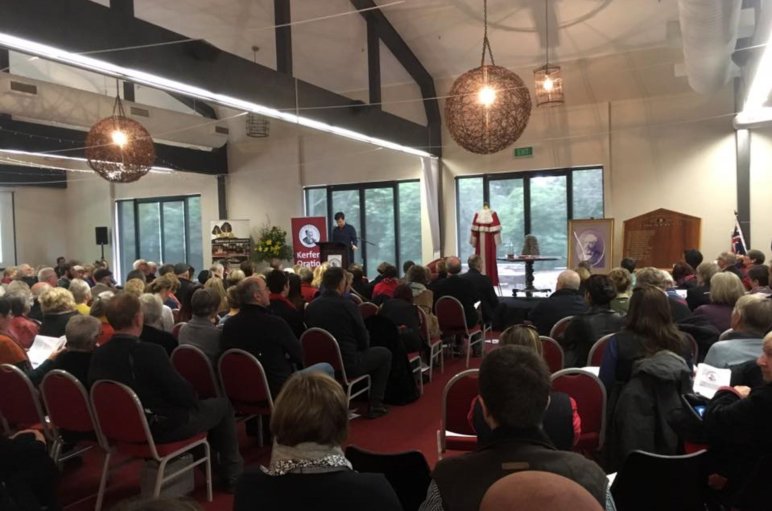 The George Briscoe Kerferd Oration was inaugurated in 2003 by the citizens of Beechworth to commemorate the sesquicentenary of the naming of their town.

The purpose of the Kerferd Oration is to promote a culture of community discussion through sharing knowledge. The Oration brings to local people an emerging issue presented by an eminent speaker within the context of social justice in rural areas.

The first Oration and the 10th Oration were wonderfully pertinent. In 2003 the then Chief Justice of the Supreme Court of Victoria, the Hon John Harber Phillips AC, presented the North Eastern Victoria Republic Movement – Myth or Reality? This was a criminal lawyer’s dissection of the evidence associated with the mission of Ned Kelly.

In 2012 two Orators presented evidence of local research about Sir Isaac Isaacs. Dr Bill Wilson APM OAM answered the question: Did you know Australia’s first Australian-born Governor-General had a 47-year connection to Indigo Shire? And the Hon Tim Fischer AC answered the question: What can we learn today from this national legend?

Local history bookends the first and the 10th Orations. In between, the subjects covered were children, particularly as victims of crime; ageing especially the incidence of dementia and care services in rural areas; the common wealth of the Beechworth community; climate change and social justice; climate change and sustainability; community values, community strengths in emergencies; and sentencing policies – perceptions, reality and their social implications.

As the Oration matured, so started lead-in events from 2006. Lead-in events explore different aspects of the subject from a local perspective and provide preparatory learning ahead of the Oration. Arising from both lead-in events and Orations has come enduring community initiatives. First came the formation in 2008 of the Beechworth Sustainability Group, now merged with Beechworth Landcare to form Beechworth Urban Landcare and Sustainability. Then in 2010, the Indigo University of the Third Age was formed and in 2011, Indigo Fireflies – women supporting response and recovery efforts following a crisis or trauma.

Sponsors are integral to our success. Past corporate sponsors were Telstra Countrywide and Murray Goulburn Co-operative Co. Ltd.

Thank you for your interest and support. With the help of the community the Kerferd Oration will continue in strength in Beechworth.